Week 2: MP Orientation and a week in Canberra

We all have pinch me moments in our lives, and for me this past week has been full of them!

From meeting with the Israeli Ambassador to entering Parliament House for the first time as the newly elected Member for North Sydney, I've been able to begin the conversations necessary for us to play our role as an electorate in shifting the dial on important matters such as faster action on climate, integrity in politics, regearing our economy and fostering greater equality.

You may have seen reports that I have been in Canberra for most of the week participating in both a two-day "Poli School" (as it was affectionately described) with other new MPs, whilst also meeting other existing Members and their staff to have early discussions about the new Government's priorities and larger agenda.

These discussions ranged from exploring what shape the Government's environment policy may take, meeting the team at the Centre for Policy Development to discuss opportunities in Early Childhood Education and Care, as well as very early discussions on integrity in the House and the importance of a common and abiding general Code of Conduct.

Separately, you may have also seen media this week about the Prime Minister's proposal to significantly reduce the number of Personal Staff a crossbench member has access to from four (under the past government) down to one, so I wanted to take the time to share my thoughts.

Firstly, ‘Personal Staff' (or as I prefer to call them, my Parliamentary Team) are actually the ones that focus on the work done within the national policy framework, as opposed to our electoral office team of four who are focused on addressing and supporting local constituent matters.

The specific function of the Parliamentary Team is to:

All pretty important functions that I am sure you would agree are only done better if supported by effective and efficient teams.

With that said, it is true that as a nation we need to be finding ways to address the significant national debt we now face and, in this context, I can understand the Prime Minister looking critically at the costs associated with running Government.

Clearly the proposed staff decrease is disappointing for us, as it will impact our ability to review proposed policy, draft our own bills, or respond to other constituent or media enquiries in a timely fashion.  However, I remain hopeful the Prime Minister will be open to further discussions regarding his initial communications once he returns from his current travel commitments.

We've come this far and there will most definitely be further hurdles to overcome. But together we will do what we have set out to do, so let's get on with it and change the climate in Canberra.

Until next time, take care - KT 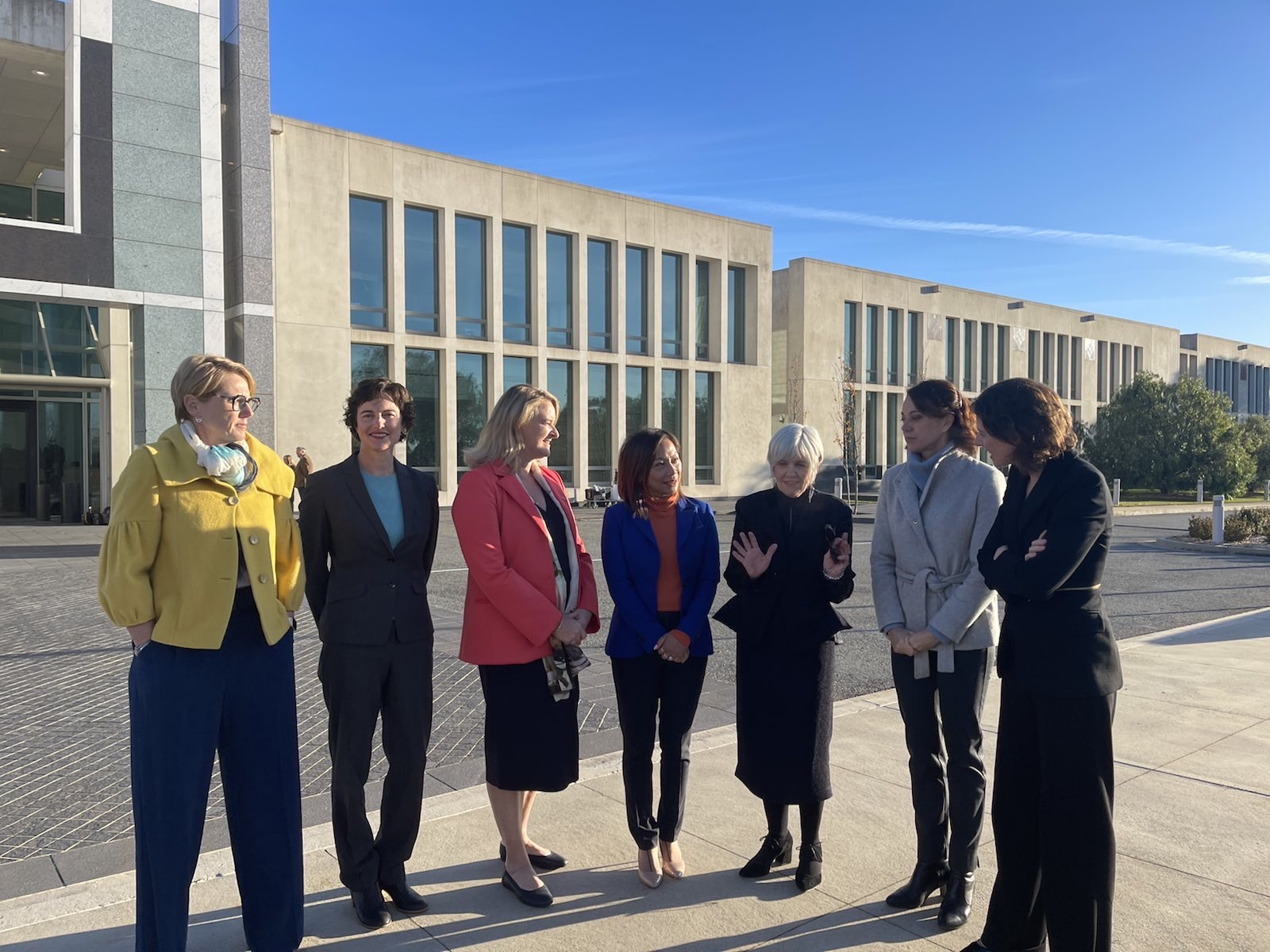 Kylea meeting with other newly elected MPs for MP Orientation this week at Parliament House.

Week 2: MP Orientation and a week in Canberra

We all have pinch me moments in our lives, and for me this past week has been full of them!

After a bit of a wait (while the team at the AEC followed the counting procedure through to the very end), it was exciting to attend the declaration of the poll for North Sydney on Friday last week: officially appointing me the new Federal Member for our North Sydney electorate.

Week 38: Why a Code of Conduct is so important in Parliament House

North Sydney has been in the media this week as one of a handful of Independent federal electorates calling for a code of conduct to be introduced in Parliament House.

Two weeks post the election and to say this interim period has been a little surreal is probably an understatement.

We did it, TeamTINK! North Sydney has an Independent representative in Canberra again, and it's all thanks to you.